Tramadol in the Hospice Setting 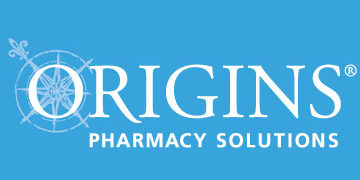 Tramadol is frequently prescribed for the treatment of pain in the palliative care setting.  Various reasons for its popularity include its low cost and ease of prescribing as it is a Schedule IV medication rather than a more highly regulated Schedule II product.  However, prescribers do have to consider its pharmacology and adverse effects in order to make prudent decisions regarding its use in the hospice setting.

The mechanism of action attributed to tramadol involves both activity as a  mu-opioid agonist and as a weak inhibitor of reuptake of norepinephrine and serotonin.    Though its side effect profile is fairly similar to other opioids, its pharmacology makes it less likely to cause respiratory depression and be abused but necessitates that several cautions be taken into consideration when it is being considered for use in a hospice patient.

Recommendations are that tramadol dosing be adjusted in patients with significant renal impairment and/or hepatic impairment.  When patients’ creatinine clearance falls below 30 mL/min, it is prudent to increase the dosing interval to 12 hours and not exceed the maximum daily dose of 200 mg.  Dosing in cirrhosis patients should not exceed 50 mg every 12 hours.  Regardless of whether or not renal and hepatic statuses are known, patients over 75 years of age should not exceed a total of 300 mg per day due to the greater risk for adverse effects.

Tramadol functions as a prodrug, with the majority of its effects being from its pharmacologically active metabolite O-desmethyltramadol (M1).  Because the metabolism of tramadol to M1 depends upon CYP2D6, tramadol interacts significantly with other CYP2D6 inhibitors (such as fluoxetine, paroxetine, bupropion, and quinidine).  Such inhibitors decrease the plasma concentrations of M1.  Though the clinical significance of this interaction is not known, it may lead to a decrease in therapeutic response to tramadol since M1 demonstrates 6 times the analgesic effects of tramadol.

Interactions with CYP3A4 inhibitors (such as clarithromycin, verapamil, and diltiazem) are also significant as such inhibition increases plasma concentrations of tramadol and M1, increasing the risk of seizures and serotonin syndrome.

It may be appropriate to adjust dosing and clinical effects of tramadol when drugs altering its metabolism are added or withdrawn.

Higher than recommended dosing of tramadol can result in seizure, as can concomitant use of other medications that lower the seizure threshold, such as SSRIs, SNRIs, and MAOIs.  Use caution in patients with a history of seizures or with a risk of seizures related to other medical conditions (i.e. head trauma, CNS malignancy, or drug/ethanol withdrawal).

When tramadol is concomitantly used with other serotonergic drugs, serotonin syndrome can occur.  The characteristic changes in cognitive, neuromuscular, and autonomic function typically occur within six to eight hours of an increase in dose or initiation of a serotonergic medication.

A large UK study found a significant increase in risk of hospitalization for hypoglycemia in those patients taking tramadol compared with those utilizing codeine.  Ensure that caregivers are aware to report any signs of hypoglycemia regardless of whether diabetic medications are being used or not.