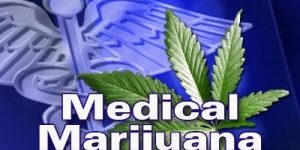 Despite the American Medical Association’s stance that “cannabis is a dangerous drug and as such is a public health concern,” the use of medical cannabis, or medical marijuana, is increasing.  With the legalization of marijuana in various states and the availability of marijuana and/or cannabidiol for medical purposes in over twenty states, hospice providers are acquiring more and more patients utilizing marijuana when they come on services.  With a wide variation in product types, quality, dosage forms, and methods of consumption available, hospice prescribers and nursing staff must familiarize themselves with the basic components of marijuana to understand its effects, safety profile, and drug interactions.

Medical marijuana, or medical cannabis, refers to cannabis and its components used as a medical therapy to alleviate symptoms or otherwise treat a disease.   For such purposes, marijuana can be smoked, vaporized, eaten, or drunk as a tea.  While there are dozens of different cannabinoids found in cannabis, the two key constituent cannabinoids are delta-9-tetrahydrocannabinol (THC) and cannabidiol (CBD).   The anti-nausea, appetite stimulant, and psychoactive effects of marijuana are mainly due to THC while CBD is thought to provide the analgesic and anti-inflammatory activity.

Commercially available dronabinol, a pure, synthetic form of THC, was first approved by the FDA in 1985 for treatment of nausea and vomiting associated with cancer chemotherapy. Then, in 1992 it received approval for treatment of anorexia associated with weight loss in AIDS patients.  Since patients will occasionally transition onto hospice while taking dronabinol, hospice prescribers have had to become familiar with its pharmaceutical characteristics.  Dose-related effects mainly include the cannabinoid “high,” including elation, easy laughing, and heightened awareness, having frequencies ranging from 8% in lower doses typically used for appetite stimulation up to 24% in patients on higher antiemetic doses.  Between 3% and 10 % of patients will have central nervous system (CNS) side effects such as dizziness, euphoria, paranoia, somnolence, and abnormal thinking or will suffer from digestive effects such as abdominal pain, nausea, and vomiting.

Published reports of drug/drug interactions involving dronabinol include fairly straightforward results.  Interactions with sympathomimetic agents and tricyclic antidepressants result in additive hypertension and tachycardia.  Administration with anticholinergics can result in additive tachycardia, while using it with CNS depressants can cause additive drowsiness and CNS depression.

Unfortunately, not all cannabis products selected and utilized by hospice patients are as uniform in content and as well studied as THC.  As previously mentioned, marijuana contains a wide variety of cannabinoids.  Since CBD, the other main component of cannabis, is non-psychotropic, it displays a variety of potentially beneficial actions including anticonvulsive, antipsychotic, anti-inflammatory, and neuroprotective properties.  Since CBD’s effects are exerted without significant binding to cannabinoid receptors, it lacks the undesirable psychotropic effects attributed to most marijuana derivatives.  Because the actual cannabinoid content and ratios vary greatly between products and even between marijuana plants grown under different conditions, effects and side effect profiles of such products are not uniform.

In general, hospice practitioners are prudent to consider the following potential effects when a patient is utilizing any form of medical marijuana:

-Marijuana products are likely to add to the sedative effects of CNS depressant drugs.

-Marijuana potentially increases the risk of bleeding in patients taking drugs such as blood thinners and NSAIDs.

-Marijuana can cause high or low blood pressure, necessitating monitoring in patients susceptible to harm from such effects.

-Due to marijuana’s interference with the cytochrome P450 enzymes, consider concurrent drug therapies, monitoring for changes in therapeutic or adverse effects in medications metabolized by the P450 system.